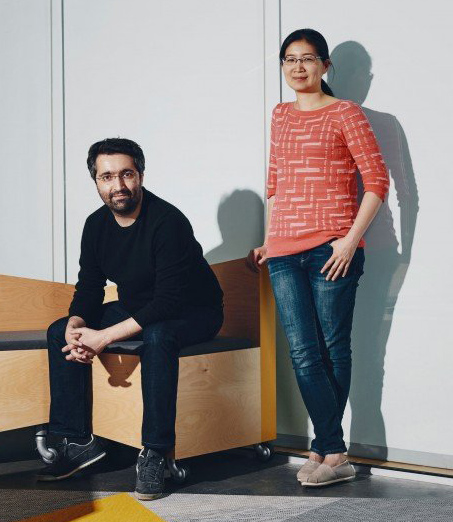 The Low-Energy Autonomy and Navigation (LEAN) is an interdisciplinary research group at the Massachusetts Institute of Technology (MIT), focusing on the co-design the algorithms and hardware for next-generation low-energy autonomous vehicles. These vehicles include the miniature robots, such as insect-size flyers, water striders, and chip-size satellites, as well as high-endurance vehicles that can operate months or years at a time, such as autonomous blimps, underwater gliders, soft robots, and printable robots. Autonomy capabilities for these vehicles will be unlocked by building their computers from the ground up, by co-designing the algorithms and hardware for autonomy and navigation. The LEAN research group has developed methods, algorithms and computing hardware for visual-inertial navigation, motion planning, mutual-information-based exploration, depth estimation, robot perception, and others. The research team is co-directed and co-advised by Professors Sertac Karaman and Vivienne Sze.

Soumya’s paper on “Data Centers on Wheels: Emissions from Computing Onboard Autonomous Vehicles” has been accepted for publication in IEEE Micro's Special Issue on Environmentally Sustainable Computing

Congrats to all our students who were awarded degrees! Soumya & Peter got their SM degrees, Diana & Theia got their MEng degrees, and Keshav got his BS degree!

Zhengdong and Theia’s paper on "FSMI: Fast computation of Shannon Mutual Information for information-theoretic mapping" has been accept for publication in the International Journal of Robotics Research

Theia’s paper on “An Efficient and Continuous Approach to Information-Theoretic Exploration” has been accepted for presentation at ICRA 2020.

Soumya’s paper on “Balancing Actuation and Computing Energy in Motion Planning” has been accepted for presentation at ICRA 2020.